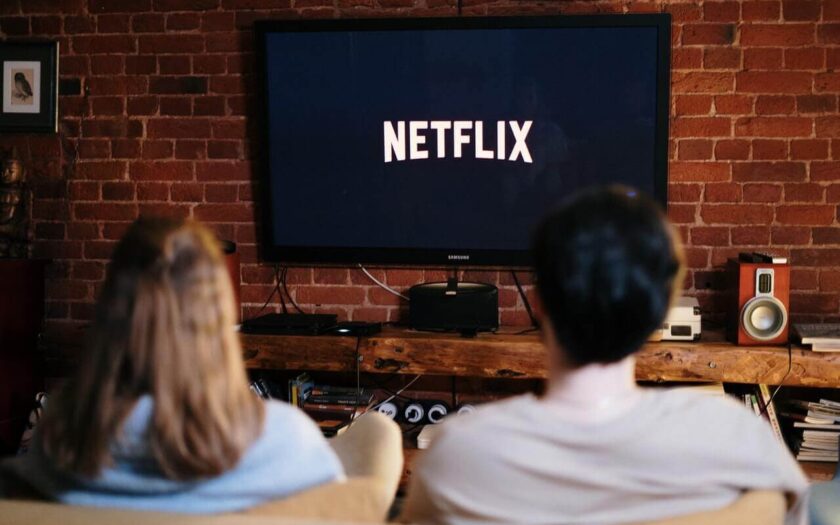 Undoubtedly, Netflix is one of the leading entertaining subscription-based services in the world.  And if you are looking for the best shows and series to watch in 2021, then Netflix is your best choice. The series and shows on Netflix are undoubtedly the best in the world.

Best Netflix shows to watch in 2021

Sequel to one of the hit films, “Karate Kid”, Cobra Kai follows the movie. After 34 years of All Valley Karate Tournament in 1984, Johnny Lawrence reopens Cobra Kai dojo. However, it reignites the rivalry between him and Daniel LaRusso. Then, continues the action-packed plots in the series.

If you are a fan of martial arts, then Cobra Kai is excellent for you.

First released in 2020, The Queen’s Gambit is one of the best shows on Netflix to watch right now. It is a seven-episode miniseries based on Walter Tevis’s novel with the same name. It shows how Beth Harmon, a young chess prodigy, struggles with alcoholism, simultaneously rising to the top of the chess world.

Breaking Bad follows Walter White, a chemistry teacher. He had a very decent living as a teacher until he discovered he has terminal cancer. From here, the show gets exciting when he partners with Jesse and sets foot into the life of crime. His only aim is to provide the best life to his family before he dies.

Breaking Bad is one of the best shows you can find currently on Netflix.

Stranger Things is a sci-fi horror series that follows a group of friends embarking on a journey to find their missing friend. On their mission, soon they befriend a young girl with superpowers, and together they start unveiling the actual reasons behind the strange phenomena.

The show gets exciting with each episode. With Stranger Things, ride on an adventure full of mysteries, horror, and monsters.

Money Heist is a Spanish crime series that shows a group of thieves led by “The Professor”’s plan to rob 2.4 billion euros from the Royal Mint of Spain. It is one of the most viewed series on Netflix that will knock you out with its extraordinary plots, acting, characters, and brilliant robbery.

And to make it more interesting for the viewers, the English dubbed version is available on Netflix as well.

Watch the series now to find out whether the group of thieves became successful in their robbery or not.

American Crime Story is a crime series created by Scott Alexander and Larry Karaszewski. Similar to the American horror story, it shows the infamous crimes and criminals of America.

Till now, it has two seasons that are completely unrelated to each other. The first season shows events related to murder trials, whereas the second season is about the murder of a fashion designer. And the best part is that season three of the American Crime Story will be coming out soon.

The Witcher is a fantasy drama series developed by Lauren Schmidt Hissrich based on the same name’s book series. It shows the legend of Geralt of Rivia, who is a monster hunter. He is one of the witchers who travels around the places to hunt down dangerous monsters and beasts.

Dark is a German sci-fi thriller series created by Baran bo Odar and Jantje Friese. It follows the story of a community whose life is turned upside down after a child’s disappearance. To unravel the mysteries behind the disappearance, four families go on a hunt to find the answers they seek.

Time-traveling and mysteries after mysteries make this show even more interesting to watch.

The Haunting of Bly Manor

With The Haunting of Hill House’s astonishing success, the makers brought a brand new series to add the Haunting series, “The Haunting of Bly Manor”. It is based on the novella “The Turn of the Screw” by Henry James. It is a horror series with romance in it.

The show follows an au pair who work in the Bly Manor, unaware that the manor is haunted.

If you are looking for a hair-raising horror series, then go for it. You won’t be disappointed with this Netflix show.

What will be your first reaction when you find yourself in a parallel world? And right after that, you are forced to participate in dangerous games to survive. It’s too terrifying, right. Alice in Borderland follows the same scenario.

Alice in Borderland is a Japanese sci-fi thriller series based on a manga with the same name created by Haro Aso. This series starts with a group of friends who are transported to the parallel Tokyo. They are completely trapped in the city without any means to free themselves. And now, those friends are forced to compete in violent games to survive.

Ozark is a crime drama series developed by Bill Dubuque and Mark Williams. The story follows a family who is forced to move from Chicago to the Ozarks. Things started getting south when Marty Byrde, whose job is money laundering, has to launder $500 million for a drug gang. Now, their lives are in danger and are on the run.

Watch this Netflix show to see how Marty Byrde saves his family from the danger and survives.

Mindhunter is a mind-blowing series which is based on a 1995 book with the same name. The story follows two FBI agents who are on a quest to understand the psychology of the criminals. They catch and interview the imprisoned serial killers to understand what goes in their minds and why they do what they do. Simultaneously, hoping to solve the current serial killing by developing profiling on those serial killers.

The Last Kingdom is a British series based on the novels The Saxon Stories by Bernard Cornwell. The story follows Uhtred of Bebbanburg, who was captured and raised by Danes. Now, the time has come for him to defend his homeland from the Norse invaders. While Saxon blood runs through his veins, he is on a journey to reclaim his birthright while defending his kingdom.

If you want to get a vibe like Game of Thrones, watch this show and enjoy it.

Based on a real story, the story follows Pablo Escobar, who is a drug mafia. The story focuses on the life of Pablo Escobar, who became a billionaire dealing with drugs. The constant chase between him and the DEA (Drug Enforcement Administration) makes this show even more enjoyable.

Watch the show to learn about the drug lord and his stormy life.

Better Call Saul is a prequel to one of the best series, “Breaking Bad”. The story revolves around the life of Jimmy McGill, an earnest lawyer. However, he has now turned into a screwy and greedy lawyer and goes with the name Saul Goodman.

Watch the series to know how he became Saul from Jimmy. Better Call Saul is worth watching and is as good as Breaking Bad.

If you are a zombie lover, then this show is great to watch. The story follows the Crown Prince, Lee Chang, who is in the middle of disputes for the succession of the throne after the King falls sick. However, he has to unravel the mysteries surrounding the King falling sick and conspiracies going around in his kingdom. But, little does he know, the King has already turned into a killing machine, a zombie.

Besides battling with the political conspiracy, a mysterious plague that turns people into zombies starts wreaking havoc in his kingdom. Now, Lee Chang is on a quest to solve the mysteries behind the life-threatening epidemic and save his kingdom from the hordes of zombies.

Will he be able to solve the mysteries and save his kingdom or become a zombie himself? Watch to find out.

These are the best Netflix shows to watch in 2021. Even though some of the shows are released in the mid-2020s, they are worth watching. Their legacy is not to be questioned, and they still outmatched the current shows in many aspects. Moreover, these shows will give you goosebumps with their excellent and nail-biting plot, characters, acting skills, and character development.

Watch these best Netflix shows and enjoy your weekend and holidays.