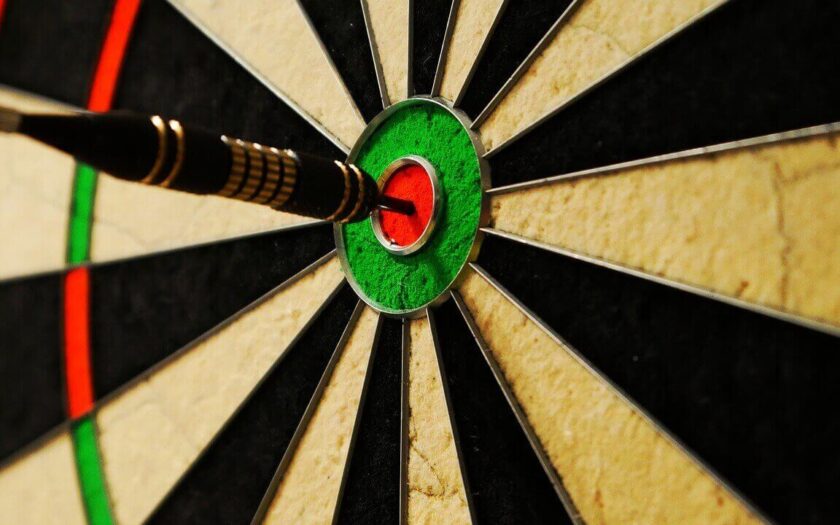 How to throw darts? Is it easy?

Throwing darts looks easy, but in reality, it is challenging. However, once you know its basics and techniques, it will be easier for you to throw darts. You will start to aim and toss like a pro and get used to it in no time.

Have you ever seen a professional throw darts? It looks so easy and smooth, right. Seeing them, you might have bought yourself a dartboard out of curiosity. And now, you are throwing darts, but they aren’t going the way you want. You are unable to hit the bullseye and sometimes not even the dartboard. You are hardly getting any points. Until you know how to aim, you won’t be successful in throwing it the right way.

Besides, throwing darts is an interesting sport to play with friends for fun. Party, gathering, picnic, etc., are places where you can play and challenge each other. However, you need to understand its basics and rules even if you are playing just for fun or planning darting as your career. You should know about stance, position, grip, aim, and so on. Most importantly, consistency, accuracy, and techniques matter a lot.

So, how to throw darts, and what are the techniques to master the game?

Let’s start this guide to throw darts with some basic rules.

When you throw darts, the distance between you and the dartboard should be 244 cm or 8 feet exactly. In an official match, the dartboard is hung 173 cm or 5ft 8″ from the floor to the dartboard’s center or bullseye.

The line from where you throw is known as the throw line or the oche.

But, how do you calculate the points?

Each player has 501 points at the beginning, which is the standard point in this game. Each player takes turns to throw three darts at a time.

Now, the main question: how to win the game? Each time the player earns points, the points are deducted from 501. This way, the first player to reach zero wins the match. However, in the end, you need to hit the double point to make your score zero.

These are some of the basic rules you need to keep in your mind. Isn’t it interesting?

Note: Never step your feet over the line.

How to Throw Darts With Precision: Stance, Grip, and Throw

Now, let’s learn about the stance and position. Each player has their own style to stand. They position themselves to stabilize their body and be calm as much as possible.

There are three ways to stand: side style, diagonal style, and front style.

In this style, your feet are faced diagonally to the throwing line. This style is the most popular stance.

In this style, your feet and body should be facing the dartboard. You need to practice a lot in this stance since it is one of the most challenging poses to master.

Talking about the grip, there are four different types of grip.

To learn this grip, first, place the dart on your index finger. Now, hold the dart with your thumb from above. It might not give the best control you want; however, it depends on your practice.

This grip is the same as the four-finger grip. The only difference is that you will be using all your fingers in this grip.

After you have found your best grip, stand firmly on the throwing line. Be calm, ease your body, and aim straight on the dartboard. Never lose your focus while aiming and throwing the darts. Most of the players close their one eye to aim precisely. Right-handed players grip the dart with their right hand and close their left eye for aiming. In contrast, left-handed players grip the dart with their left hand and close their right eye.

After you have positioned yourself and gripped the dart, it is time to release the dart. Before releasing the dart, you need to know the techniques of throwing.

The releasing techniques include pull-back, release, and follow-through.

First, stand straight and keep your shoulders still before releasing the dart. Now, pull-back your elbow to 90 degrees and keep it that way. Keep your grip firm and slightly upwards before releasing. Bring the dart to your eye level. Then, aim at the dartboard.

Most of the time, players make the mistake of pulling back their whole arm before releasing. Doing this will only disrupt your position and accuracy. And don’t try to make any fancy moves.

The most important when releasing the dart is your follow-through. If you are launching your whole body during and after the release, you will lose your accuracy and disbalance your form. As a result, the dart will lose its speed.

Maintain the position of your body and elbow for a few seconds after releasing the dart. Let your arms flow in a throwing motion. Smooth follow-through will contribute to better consistency and accuracy.

Some points to remember

Here are some basic things you need to keep in your mind.

Throwing darts is a fun game to play once in a while. However, if you want to master the game, you need practice. Practicing consistently and hard work are the keys to conquering this game. Most importantly, find the grip that suits you best.

Moreover, mental fitness is also a part of this game. You need to be in control of yourself to master this game. Practice and hone your skills. Play safely and enjoy.